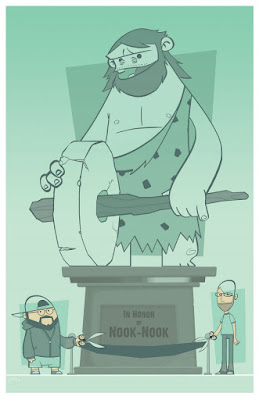 A few weeks ago I was invited to contribute an illustration for a Kevin Smith show at Gallery 1988. Each artist got to do an illustration based off of the podcast that Kevin Smith does with his friend Scott Mosier. My podcast moment was a conversation about Kevin and Scott wanting to erect a statue to caveman sex... 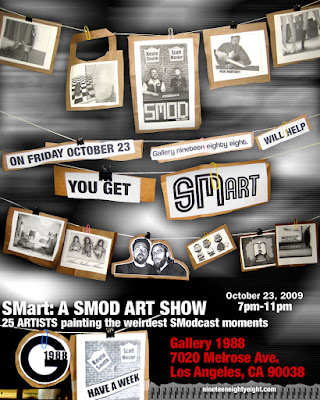