There is so much great television out there today, I can barely keep up with all of the shows i'm watching. To honor this golden era of TV, Gallery 1988 is throwing an art show celebrating all things that beam into our homes via the Idiot Box! 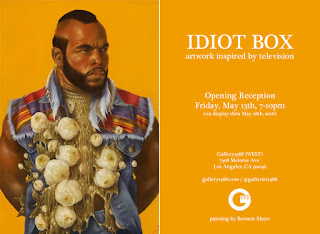 1993 was a great year for a kid like me. I was super into video-games, and didn't have much time or interest in the television if a video game system wasn't hooked up to it. But in September of 1993, I discovered a new appreciation for the box in my family room.

As long as I can remember, i've always had a fascination with UFO's and little gray beings with big black eyes. Whether it was shows like "Sightings" and "Unsolved Mysteries" or movies like "Communion" and "Fire in the Sky", I was convinced that at some point in my life, I was definitely going to be abducted by aliens and there was nothing I could do about it. Unfortunately, that never came to fruition, but a guy can dream! On September 10th, 1993, this 13 year old kid and his dad sat down on a friday night to watch what would become my favorite TV show of all time... The X-Files!

To say I was obsessed with The X-Files would be an understatement.  I'm officially a card-carrying member: 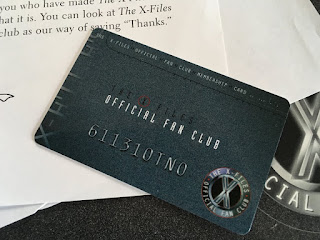 I even attended an X-Files convention, where I got to sit at Mulder's desk! Though I may not look thrilled to be there, I promise you I was: 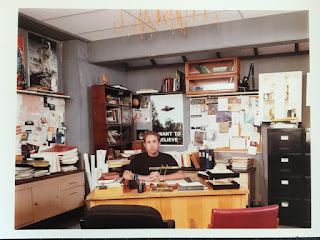 I went down to Hollywood to the Virgin Megastore to meet Chris Carter: 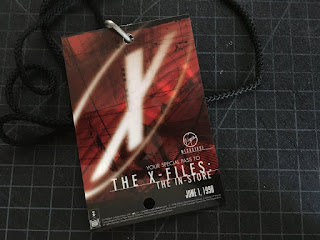 And then... my dream came true where I got a leading role in an episode of The X-Files... I was "Popcorn Vendor #1" in the episode "The Unnatural" 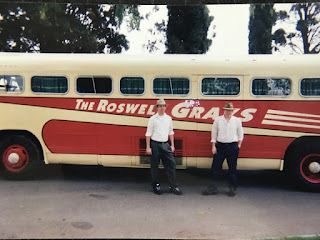 Me on the left, my friend Victor on the right...

As you can see, I'm a HUGE fan of The X-Files, and I have been waiting for the right time to create an X-Files piece in my High Fidelity series. When Gallery 1988 invited me to be a part of this new Idiot Box show, and with the X-Files back for a 10 season recently, I knew now was the right time. Here's my artwork for the show!!! 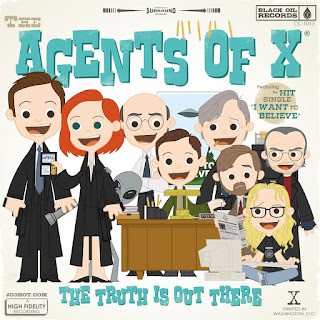 Along with prints, I like to do something special for the show where I mock-up a framed record. For the records I usually like to find something related to whatever the piece is about, so for this one I actually had found this vinyl record years ago: 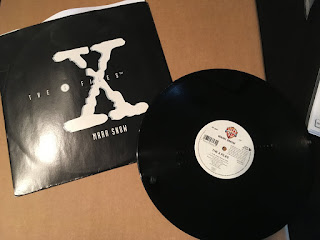 And here's the framed artwork available only at Gallery 1988: 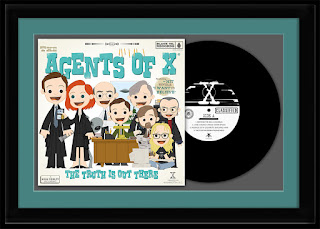 The record label contains a tracklist made up of my favorite episodes from the first 5 seasons!
To purchase this one-of-a-kind piece, click HERE

"Idiot Box" opens Friday, May 13th at Gallery 1988 West. There's a ton of great work in the show, so come on out and help us celebrate the golden age of television!