Another year has flown by, and it's time for Crazy 4 Cult to return, but this time, it's returned home to the loving arms of Los Angeles.

A few weeks prior to the show opening, I was asked by Gallery 1988 if I would be interested in creating the poster for this years show. 4 years ago I was first invited to be a part of this show that I loved attending. I never imagined that 4 short years later, i'd be creating the main image that encapsulates this renowned gallery exhibit. 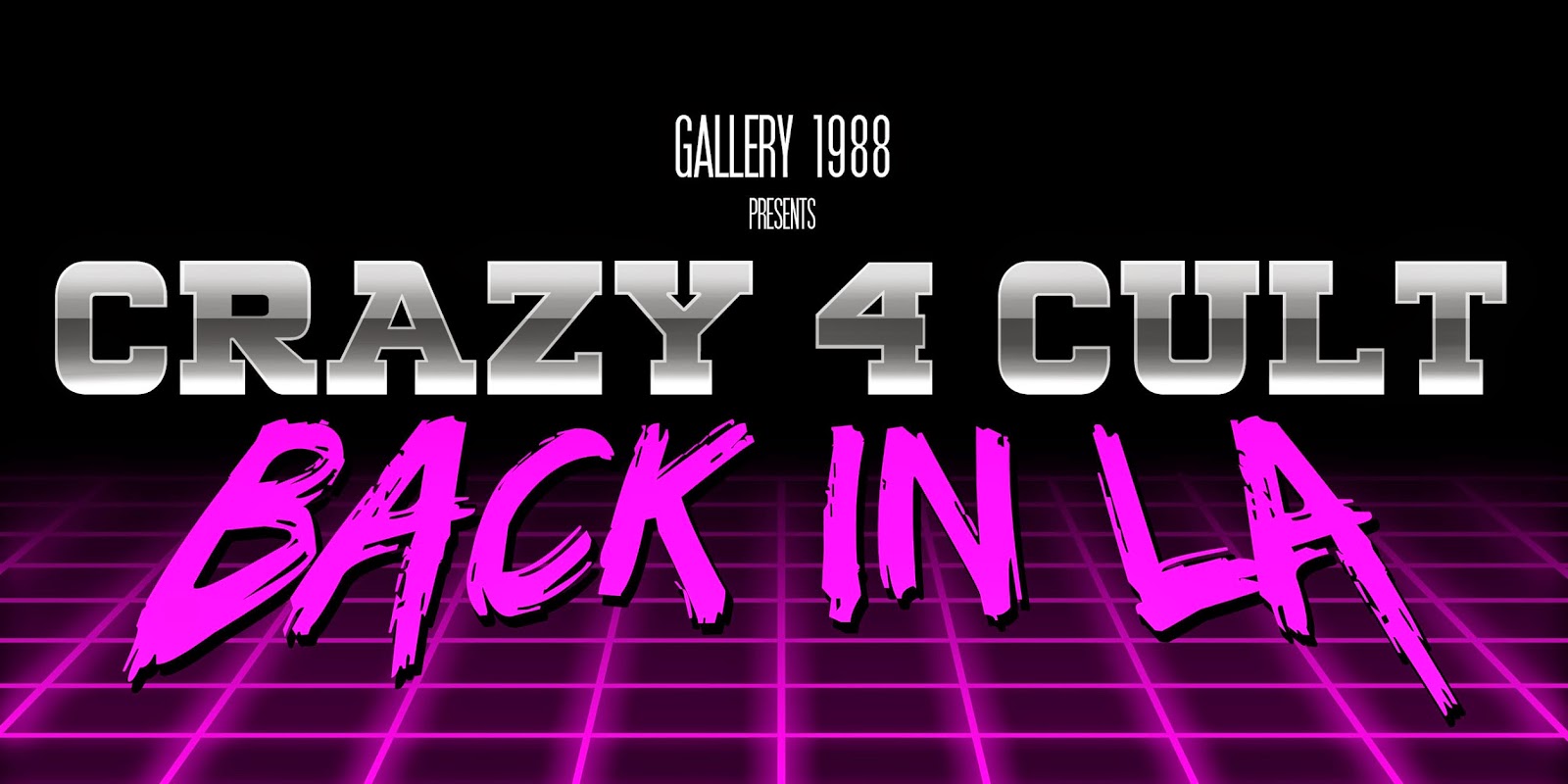 My first pass at a title treatment.

It's a huge honor that they would ask me to create this poster, so I knew I wanted to do something very different than what i'm known for in the Gallery. Something that looked unique and iconic, something that subtly referenced the 80's, but felt at home in 2014. Normally, i'd start with a sketch or writing down a list of movies I wanted to include in the piece, but I started with the title, to get the feeling across I was going for. 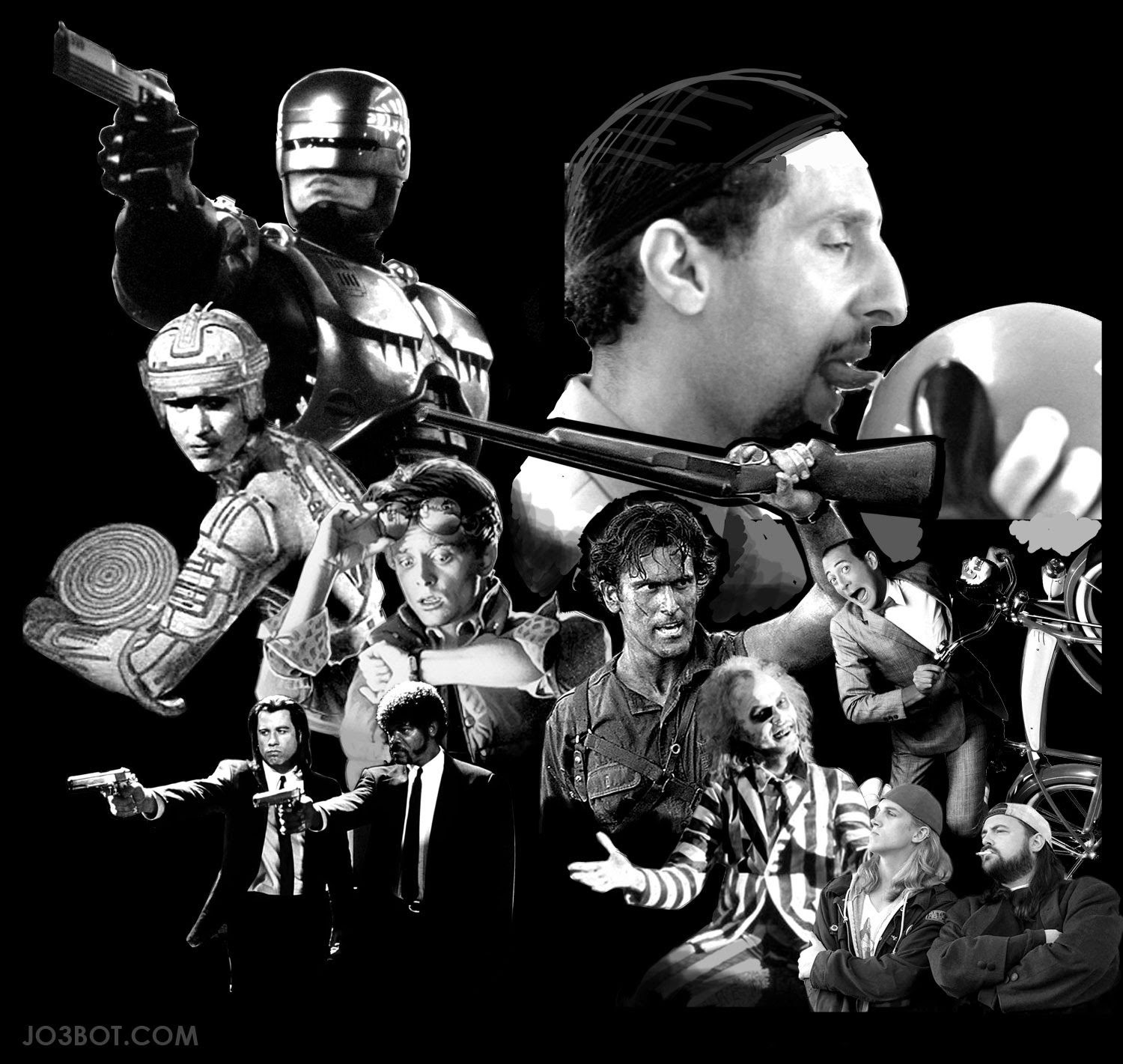 Next up, I gathered some iconic images of characters from movies that I wanted to include in the poster image. I laid them all out in the composition that I felt worked best. The next step was to then create the final artwork over this "sketch". The final poster image is hand drawn (in photoshop...) using this image as the template. 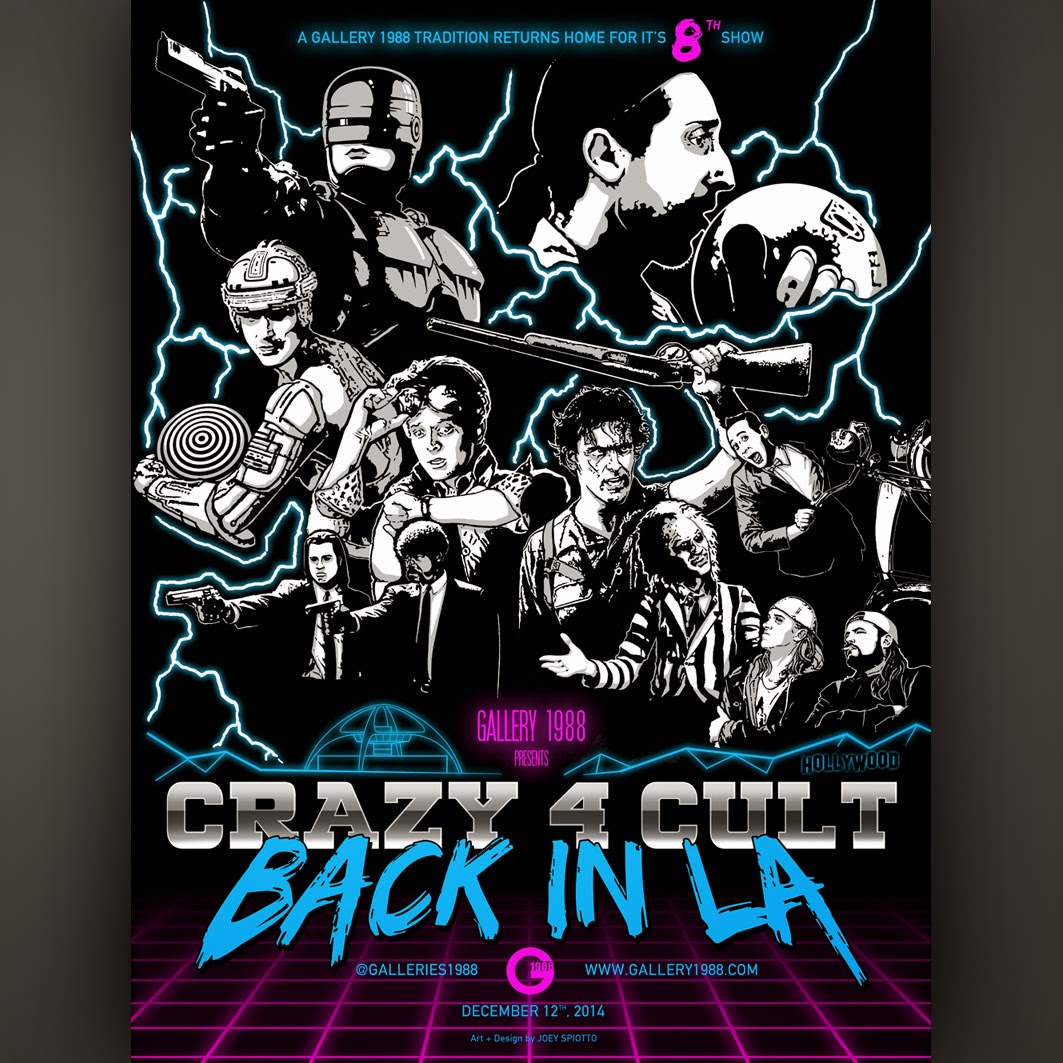 After cleaning up all the line work, I added in some Los Angeles specific elements as well as lightning bolts because lightning is AWESOME!

In addition to creating the poster image, I have another entry in my "Storytime" series based off of one of the weirdest, deepest, and most interesting movies i've ever seen... 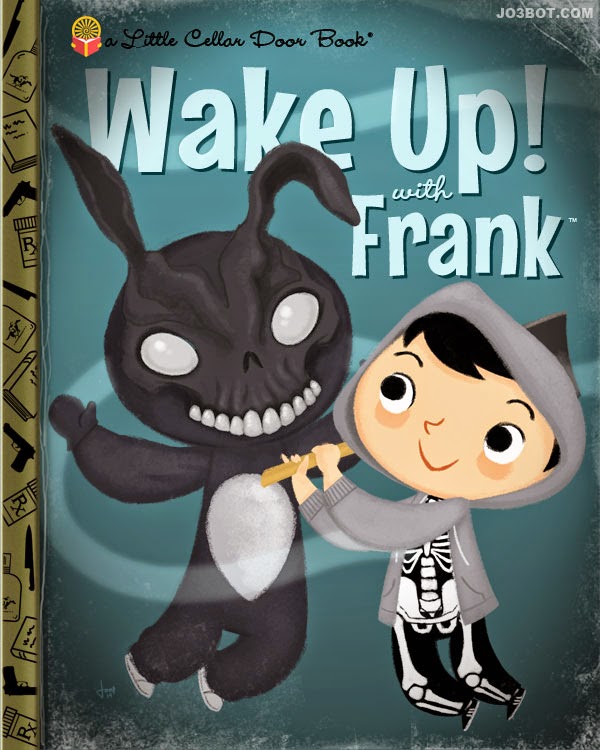 Crazy 4 Cult is a Gallery 1988 tradition that i've been thrilled to be a part of for the past 4 years. If you stopped by the opening, thanks for coming out! If you're in the Los Angeles area between December 12th - 28th, and you love unique film art, you'll definitely want to check it out! 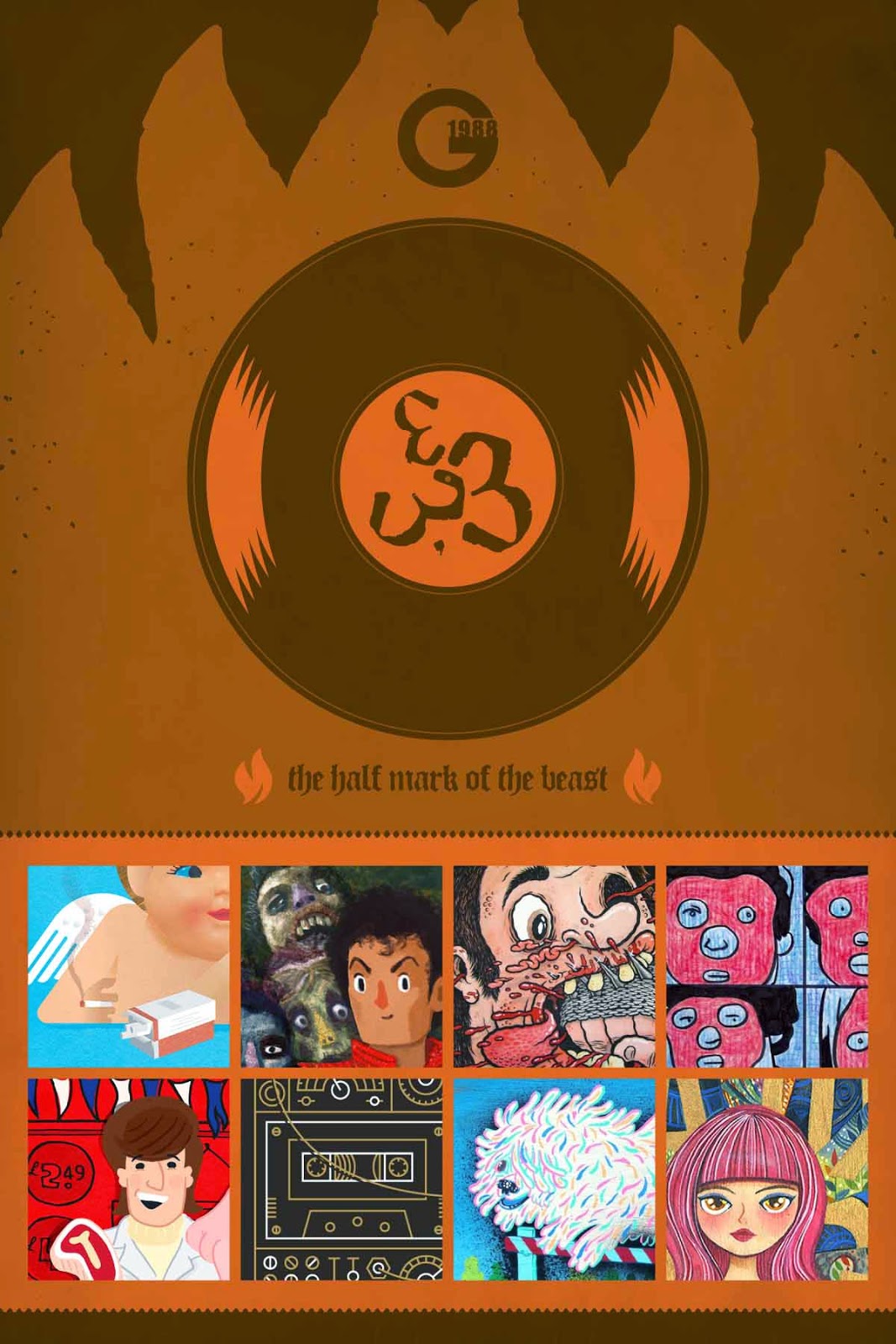 This show is pretty awesome, and i've done something a little different for it, but still very close to my heart. For this show now open at Gallery 1988 (East), artists were asked to recreate some of their favorite album covers in their style. I knew immediately which album I would choose to do for the show, the only problem is... it's not really an actual album, and it doesn't really have an actual album cover (though there is a fan created cover that has become the standard).

Songs From The Black Hole... where to start. If you're a Weezer fan, then i'm sure you've heard of this lost gem. After the huge success of Weezer (The Blue Album), Rivers Cuomo decided he'd follow up perfection with a very deep concept album with a sci-fi theme. Well, things changed, Rivers changed, and ultimately Songs From The Black Hole was scrapped. Some songs were moved over to their new album, Pinkerton, while some songs got locked away in the vault. 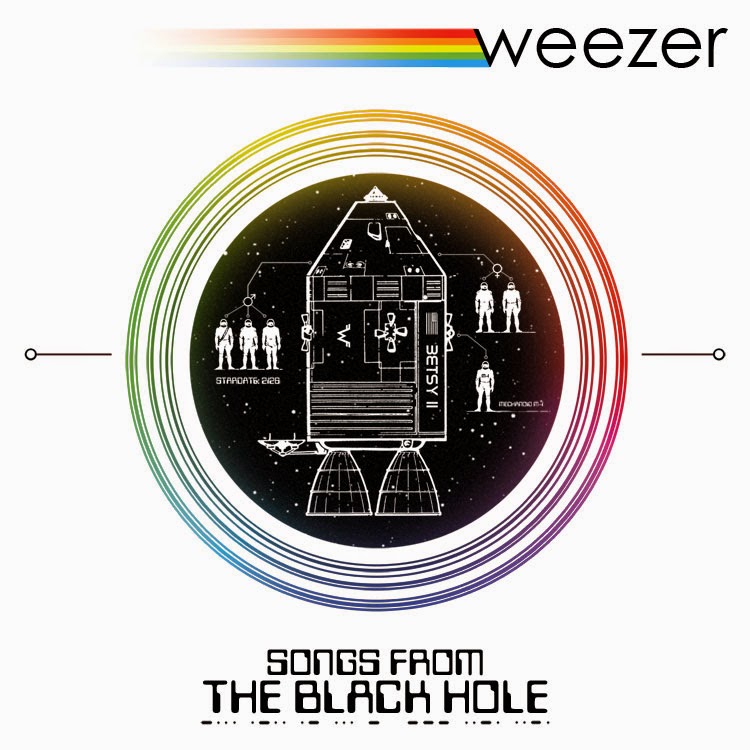 Prints are available by clicking HERE

A few songs were released as B-Sides from Pinkerton, and slowly over the years, more songs started leaking out. There are some incredible songs on this "album" and hopefully someday it gets it's time to shine. For more information about this rock opera that was never meant to be, click this link HERE.

Below are a few tracks that I love from SFTBH... sit back, relax, and imagine what could have been...


"Blast Off" This track opens the album and blew my mind the first time I heard it.


"You Won't Get With Me Tonight"


"Superfriend" This was written as a duet, it has an incredible melody.

"I Just Threw Out The Love Of My Dreams" This ended up as a Pinkerton B-Side, love that moog.

"Longtime Sunshine" Depending on the tracklist, this closes the album, and is pretty excellent.

Thirty Three and a Third is open now at Gallery 1988 East and closes December 21st. There's a ton of amazing artwork in this show from some incredible artists. Definitely don't miss it!