A Tribute to Judd Apatow

UPDATE:
The man himself, Judd Apatow purchased my artwork from the show! Here's a picture to sort of prove it! 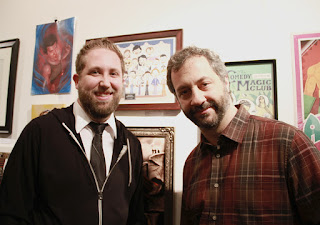 Prints are now available to purchase online by clicking HERE!

Opening Tuesday, December 4th and running until December 30th, Gallery 1988's stable of many artists (including myself) are paying tribute to one of the most prolific comedy writers/producers/directors of all time, the brilliant Judd Apatow. I'm a big fan of Mr. Apatow's work, so it was a huge honor to participate in this show. It was hard to narrow down one movie or show of his to do a piece based off of, so I decided to do almost all of them... 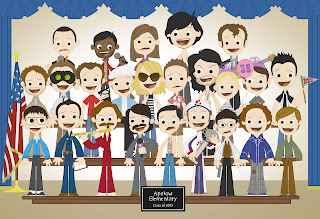 There is a private opening that you can attend if you RSVP to Gallery 1988 via e-mail! Just contact the kind folks at Gallery1988melrose@Gmail.com.

A limited number of my signed prints (13x19) will be available to purchase at the gallery.
I'll be at the opening hoping that another artist has tackled something depicting Infant Sorrow! 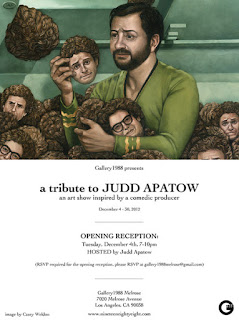