Our Lady of Sunnydale Shirt!

Attention all Buffy fans! Yes... that means YOU. I know this is late notice, i'm very sorry, but I've been busy! Comic-Con isn't just going to see itself. I have a new t-shirt going up for sale on Teefury starting at Midnight (Eastern) tonight and 9:00pm (for all of us west coasters). On Tuesday July 26th, you can buy "Our Lady of Sunnydale" from Teefury.com for the very low price of just $10. I spent that on nacho sauce this past week at Comic-Con, so $10 for a t-shirt is a pretty good deal. It's only available for 24 hours so go go go! 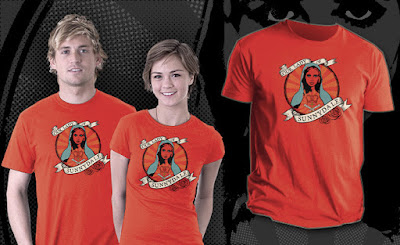 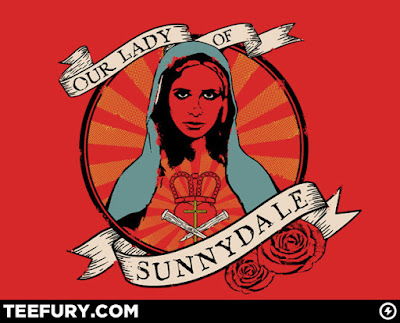 (Edit) It seems that the image that Teefury has displayed is burning peoples retinas resulting in hate-filled anger that would make Satan himself proud. These above images more reflect the actual design and the shirt.

It is a fact that as a society, we are becoming dumber. Mike Judge, creator of the brilliant "Office Space", realized this several years ago when in 2006 he wrote and directed one of the best documentaries on the future. Idiocracy is the story about an average man that in 2005 is frozen as part of a military experiment. He is forgotten about and awakened 500 years in the future where he has now become the smartest man alive due to the dumbing down of the rest of the world. The movie only showed in a few theaters around the country and was was all but ignored by 20th Century Fox's marketing department, as demonstrated by this terrible trailer:

The movie was dumped onto DVD which is exactly where I found it. This movie is definitely not for everyone. My girlfriend Kristin hated it because "of all the trash and stupid people everywhere". How can you not love a movie that contains this scene: 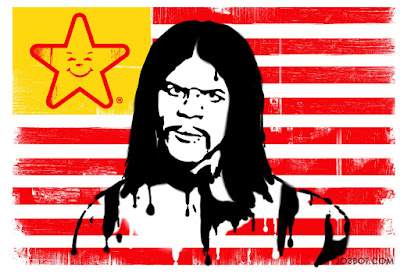 Signed prints will be available at the show and on Gallery 1988's website! 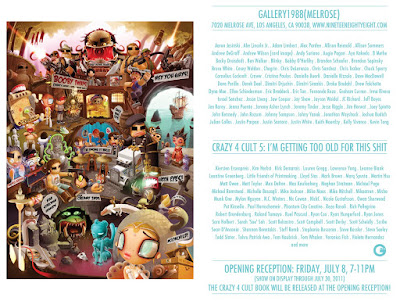