Let's travel back in time to 1985. The world was a different place back then... 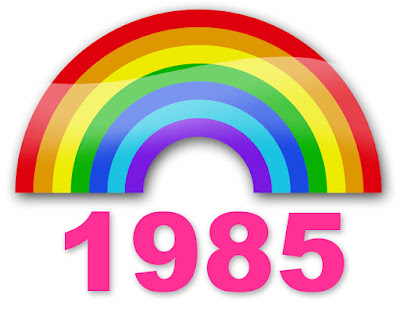 -"We Are the World" was the #1 song in the country.
-New Coke is released and immediately despised by everyone (everyone but Bill Cosby)
-"Back to the Future" opens in theaters around the country and the DeLorean becomes the ultimate time machine.
-Windows 1.0 is released by Microsoft, Steve Ballmer suffers from insanity... sorry Nebraska.
-Nintendo releases the NES packed in with Super Mario Bros. to America (my life is changed forever).
-Topps produces a series of trading cards called "Garbage Pail Kids". Parents everywhere cringe in disgust. 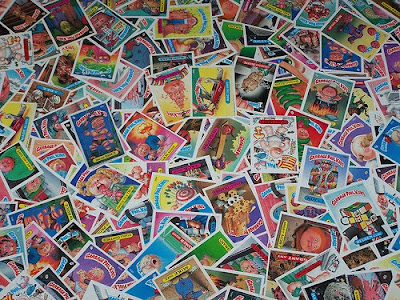 I was safe... It's hard to rhyme Joey with anything that's too embarrassing. Slowy and Doughy aren't all that bad... Anyway, coming up in the first week of September, Gallery 1988 is holding a Garbage Pail Kids show! They asked artists to re-imagine their favorite Garbage Pail Kids card in their own style.

I was a huge fan of the 1960's card series "Mars Attacks" which was later turned into a Tim Burton film. 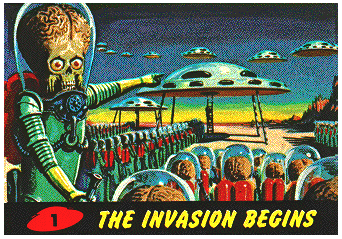 Luckily, there was a Garbage Pail Kids card "Alien Ian" that had been done in this style, and so I was more than happy to work on this. Here's my piece for the show: 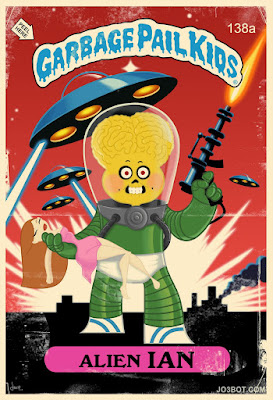 The show opens Friday September 2nd at Gallery 1988 on Melrose in Los Angeles and runs through October 1st. I will have prints available to purchase both at the Gallery and through their online store. 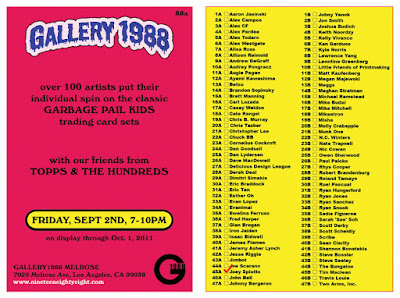 Come on out for the opening! It's sure to be disgusting and entertaining!