If you're heading to San Diego for Comic Con 2013, you can purchase this shirt exclusively at the Marvel booth (#2329) 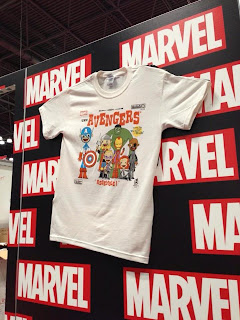 I am so proud to be a part of this!! Marvel has announced their upcoming exclusive merchandise for New York Comic Con 2012 (Oct. 11 - 14) including this artwork in T-Shirt form! Read more about it below for more info!

It's no secret that I am a fan of Joss Whedon. I have created artwork based off of several of his creations including Firefly, Dr. Horrible, and most recently, Buffy The Vampire Slayer. I am extremely honored to be a part of this show as both a fan of Whedon's work as well as a huge Marvel fan.

On May 4th, 2012, Joss Whedon will unleash his most ambitious project yet with Marvel's The Avengers. The night before however, Gallery 1988 in Los Angeles is holding a very special art exhibition put on by Marvel and Disney featuring some very talented people.

I am very proud and very honored to present my artwork for The Avengers show at Gallery 1988: 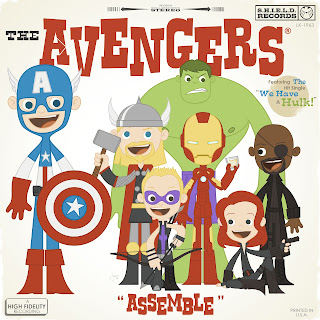 A limited number of signed and numbered prints will be available exclusively at Gallery 1988. You can get them in person through the weekend (if they're still available) and online. CLICK HERE! Sorry folks, all sold out. 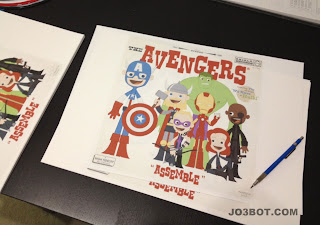 Along with prints will be a framed album complete with Captain America's shield for the record! I had a fun time creating this one. I am a huge Weezer fan and I knew that they had released The Red Album on red vinyl so I tracked one down and put a white circle in the middle to create the shield look. Below is a mock-up of what the framed album looks like. There is only one of these in existence, so hopefully a lucky person gets to take this home with them after the gallery opening. 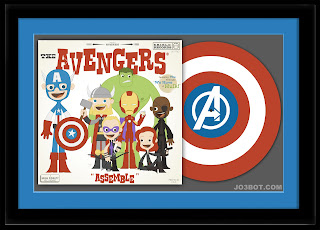 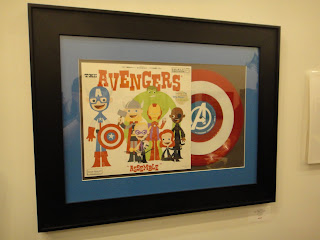 
I also created an album back complete with track listing just for this blog. The artwork below will not be for sale, I just got really into what I was working on: 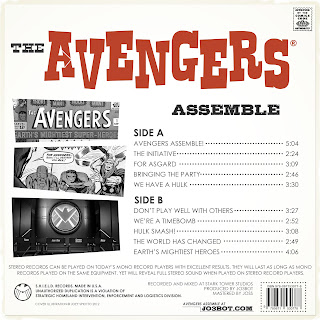 I am very excited for this show, and as you can see by the list below, there are some very talented people involved with this.

I'd like to thank Marvel, Disney, and Gallery 1988 for the opportunity to create some artwork for this event. It really is so awesome to be involved with a project like this. I'd also like to give a special thanks to Joss Whedon for all of his hard work and dedication to telling stories in the way he does.

Marvel's "The Avengers" assembles in theaters everywhere on Friday May 4th

Artists Assemble at Gallery 1988 on Thursday May 3rd and it's only open through the weekend folks so hurry on down, otherwise you might make the Hulk angry, and you won't like him when he's angry.

To purchase prints of my previous artwork, head on over to my Etsy store and take a look around!