Well, after a year of being homeless, my artwork has finally made it's way into the hands of this handsome beast (that would be the guy on the left...) 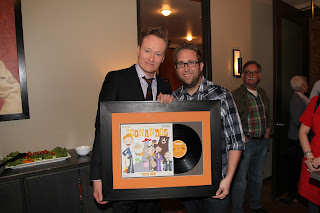 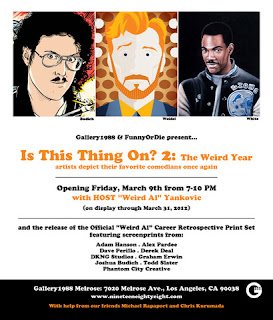 This is going to be awesome!

I love stand-up comedy. My parents had a great vinyl record collection, so as a kid I got to listen to some great comedy records. One in particular I remember pretty vividly was Steve Martin's "A Wild and Crazy Guy" which featured Steve Martin in a white suite with bunny ears on the cover. To me, there is no better comedy film than "The Jerk". I don't remember when I first saw the movie, but I was pretty young, and it was pivotal in shaping my sense of humor.

I've been a night person for a long time. When I was 13, I remember turning on the TV to watch a new show with a tall red-headed guy. I loved "The Simpsons" and I knew he used to be a writer for the show, but aside from that... I knew nothing about Conan O'Brien. His sense of humor was like nothing like Leno or Letterman, I was instantly a fan.

When thinking of what to do for "Is This Thing On? 2" I immediately thought of Conan O'Brien. I grew up watching Conan all through high-school, college, and then long nights of working in the video-game industry.

I always loved the characters that would appear on Late Night so I decided I had to narrow down to a manageable list. Sorry fans of Shoeverine or The Gaseous Wiener. 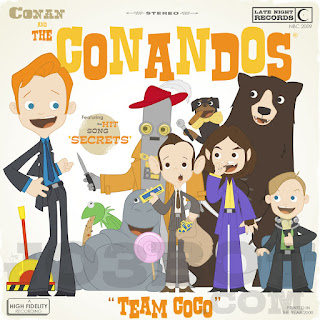 I had a really fun time putting this one together. I tried to fit in my favorites, Pimpbot 5000 will always hold a special place in my heart.

Here's a look at the "Tracklist": 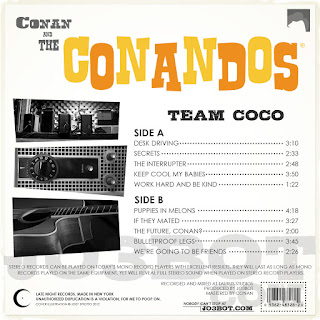 If you get the Puppies in Melons reference, you're officially awesome!


For the gallery I've created a framed album available exclusively at Gallery 1988: 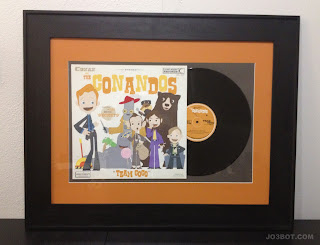 A detailed look at the record label: 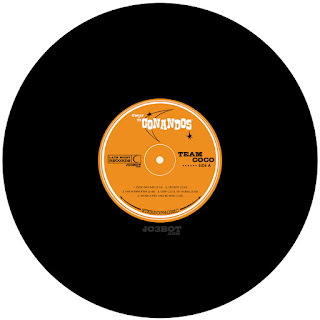 As if it needed to be said, NBC really did a huge disservice to comedy with what they did to Conan. In the end though, he still has a great TV show over on TBS, and for that, the world is a much better place with Conan O'Brien.

I'll be selling a limited number of signed prints as well as the framed album. They're only available through Gallery 1988 so get to it!

Oh. P.S. This guy is going to be hosting the gallery opening:


That's right. The Man. The Myth. The LEGENDARY... Weird Al Yankovic. My first album I ever owned was a Weird Al album. My first concert? Yep... Weird Al. To say that I worshipped this guy growing up would be an understatement. I was obsessed with everything Yankovic, My parents took me, my brother, and sister to see UHF on opening night. We were the only ones in the theater and my family loved every second of it. Weird Al Yankovic is a living legend and it's going to be a dream come true to meet him. If you want to meet him too check out the details below.

Head on down to Hollywood, pack yourself a twinkie-weiner sandwich, and come see some excellent artwork from some amazingly talented artists.